As a long-time Trekkie (with several conventions and selfies with William Shatner) and an economist, I was more than delighted when a good friend of mine gave me the recently published book Trekonomics: The Economics Behind Star Trek by Manu Saadia.

Saadia’s highly exciting book attempts to explain the economy of Star Trek and describes the Federation of United Planets (which includes Earth) as a post-scarcity society that no longer uses money because everyone maximizes their utility by just doing what they want to do. The main driving force behind people’s behavior is vanity, not profit. He calls this economic system “Trekonomics.”

Economics Is an Intergalactic Concept

While describing a post-scarcity society, Saadia admits that there are some resources that are scarce. He mainly focuses on dilithium crystals that are the source of energy in the Star Trek universe:

Logic would dictate that near-absolute abundance has driven prices to zero on all but few strategic goods. These strategic goods are of limited use for most people anyway. I do not need a big chunk of dilithium crystals in the course of my everyday life. Matter-antimatter power plants require it, whether on board starships or on the ground, but not me. I am not in the market for it, society as a whole is.

While Saadia praises the replicator (Star Trek’s version of the universal 3D printer) as the driving force behind post-scarcity, he omits the fact that replicators (and holodecks, and warp drives needed in delivery shuttles bringing the latest vintage of Chateau Picard to your cottage on Mars) require energy in order to create food out of nothing.

If there’s a shortage of dilithium, there needs to be a market in order to efficiently allocate energy. Therefore, every individual is interested in a sufficient supply of dilithium crystals. An analogy to our world can be seen in oil dwells or nuclear power plants. While individuals rarely explore oil fields or build power plants, they do purchase their product (energy) on a daily basis.

Even if every one of the tens of billions of citizens of the Federation would act altruistically, it would be impossible to allocate energy to the projects with the highest priority. Only central planning or a market for energy can solve this.

The 24th century’s technological progress has reduced all physical resources to one: energy. Humans and aliens can nearly produce everything out of energy. This is great and probably significantly cuts down value/supply-chains, but there is still scarcity.

Price Controls in the Trek Universe

Without a price for the resource energy, a single individual could deplete the Federation’s dilithium supplies by merely replicating a galaxy full of larger-than-life Seven of Nine action figures. Thus a price system for energy is crucial in order to allow consumer choice in the Federation. The only other way to solve this issue would be the creation of the United Socialist Republics of the Galaxy (USRG) and centrally plan the energy distribution. Good luck with queuing for holodeck time in that USRG!

Light-Speed, Among Other Things, Isn’t Immune to Scarcity

Dilithium seems to perfectly qualify as a private good because both rivalry (it is scarce and you need to find it somewhere in deep and hostile space) and exclusivity (it’s pretty easy to cut someone off the energy grid) apply.

While Saadia acknowledges the scarcity of dilithium, he misses several other scarce goods:

Private Property: rivalry also exists when it comes to the use of land. Imagine a beautiful cliff in Europe that gives you a perfect view of Saturn during sunset. The cliff has space for exactly one cottage. Who decides who can build and live there? Galactic homesteading is probably a feasible means of solving this problem in times of early inter-planetary exploration, but the moment the galaxy gets more crowded, a land-registry proving property rights will be necessary in order to prevent and solve disputes and facilitate the transfer of ownership.

Unique locations and goods: Saadia admits that there’s a scarcity of seats at Sisko’s restaurant or bottles of the famous Chateau Picard, but as people have overcome the idea of enjoying status, they are not interested in over-consuming such gems in the galaxy.

In trekonomics, the absence of money implies that status is not tied to economic wealth or discretionary spending. Conspicuous consumption and luxury have lost their grip on people’s imaginations. The opposition between plenty and scarcity, which under our current conditions determines a large cross section of prices and purchasing behaviors, is no longer relevant.

This reasoning comes short in explaining how people demand dinner at Sisko’s or a good bottle of wine at all, and what happens if the demand is higher than the supply. Would first customers start hoarding? Are there black markets for these non-replicated goods and experiences?

Incentives: a Terran settler on Mars craves the 2309 vintage of Chateau Picard and wants to get it delivered in light speed from the South of France. How do we incentivize the shuttle pilot (beaming wine spoils the tannins) to stop soaking in the sun in the Mediterranean and swing his body behind the helm of a shuttle? How do we compensate him for the time and energy he spent delivering the wine to the Red Planet? If vanity is the major driving force in trekonomics, one can just hope that someone sees more vanity in the delivery of this excellent wine instead of chugging it day-in day-out himself. A more realistic way of getting people to do (annoying) things is to create incentives (e.g. to pay in dilithium units).

Live long and prosper as long the central planners allow it?

Star Trek Federation is a great thought experiment on what a post-scarcity society could look like. However, there are major shortcomings such as the allocation of property rights, a price system for energy, incentivization of services, and the existence of rivalry.

A free, prosperous, and open society such as the Federation can only function with a price system in place in order to deal with the scarcity of energy. If trekonomics would really be applied in the Federation, we would see a much more repressive version of this interplanetary union forcing its citizens to work in certain professions and rationing energy. 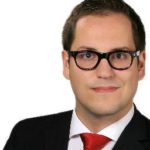 Fred Roeder is the Vice President of Students for Liberty and member of the Executive Board at Young Voices. He is based in Germany.