Geopolitical decisions often reflect the aspirations of peoples. The Hamas rulers of Gaza made no secret of their aspirations when they built a secret tunnel from their territory into Israel: to kidnap and kill Jews. But a focus on the physical tunnel itself lends a telling perspective on the self-made hell of these moral monsters. 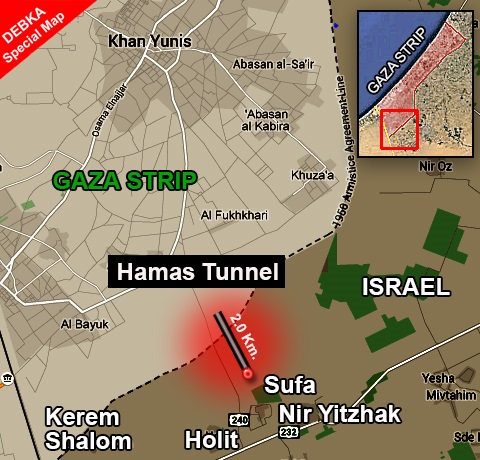 The latest of many tunnels discovered by the Israeli Defense Forces was said to measure a mile and a quarter long, wide enough to bring people easily through it. It was made of concrete, and supplied with electricity and ventilation. And it was to come out near a kibbutz, allowing easy access for the infiltrating murderers to potential victims.

My back-of-the-envelope calculation finds that a tunnel of this length, with 8-foot-high and wide walls, dug 100 feet deep, would require about 250,000 square feet of concrete. But what else could that material have been used to build?

An elementary school close to where I live is a two-story structure that is about 190 feet square. Such a space could fit 18 decent-sized classrooms, a few administrative offices, and a large rec-room/cafeteria, all with concrete interior walls. Such a school could educate around 1,000 kids at a time.

I calculate that such a school would require about 125,000 square feet of concrete. In other words, the 250,000 square feet in the Hamas death tunnel could have built two elementary schools to educate 2,000 children at a time.

Condemning their own children

The Gazans chose their Hamas rulers who reflected the people’s aspirations when they built that tunnel to kill Jewish children. But they’ve no doubt killed many Gazan children as well. You see, one report suggested that at least 160 Palestinian children died as forced laborers building the tunnels that the Israeli Defense Forces discovered and destroyed two years ago.

A tunnel-versus-school decision was not put to a vote—nothing is in Gaza. But the aspirations of the Gazans is reflected in this fact: rather than sitting in school rooms to improve their minds in order to improve their young lives, many of those young lives were worked to agonizing deaths to sate the insatiable hatred of parents who would condemn their young children to such a fate.

The Nazis used concrete to build gas chambers so they could exterminate six million Jews. But an aspiration different from that of the Gazans and Nazis came out of the Holocaust. A few days after the Bergen-Belsen death camp was liberated by the Allies in 1945, a visiting journalist recorded an extraordinary event. With bodies of the murder victims still lying unburied, a British chaplain concluded a seder for the weakened, physically wrecked, surviving Jews. They sang the “Hatikva,” the Zionist anthem that became the national anthem of the new state of Israel three years later. Hatikva means “the hope.” Those survivors voiced their aspirations to rebuild their lives and to build a country in which they and their children could live without fear and could achieve the productive goals that should be the aspiration of every individual. 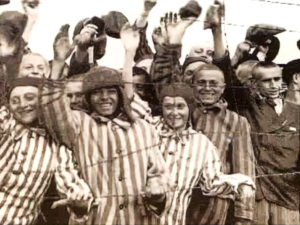 During the seven days of Passover, Jews reflect on their liberation from ancient slavery and hope that they might liberate their souls from any hate and anger that might still imprison them. And it is a hope at this season that the hearts and minds of Gazans, Palestinians, and all individuals might aspire to turn to the works of peace and prosperity.