A free PDF version of «Смерть неправильна!» – the Russian translation of Death is Wrong – is now available for download from The Rational Argumentator. You can obtain your copy here and may spread it to Russian-speaking audiences as widely as you wish.

«Смерть неправильна!» was translated into Russian by Marcus Baylin. 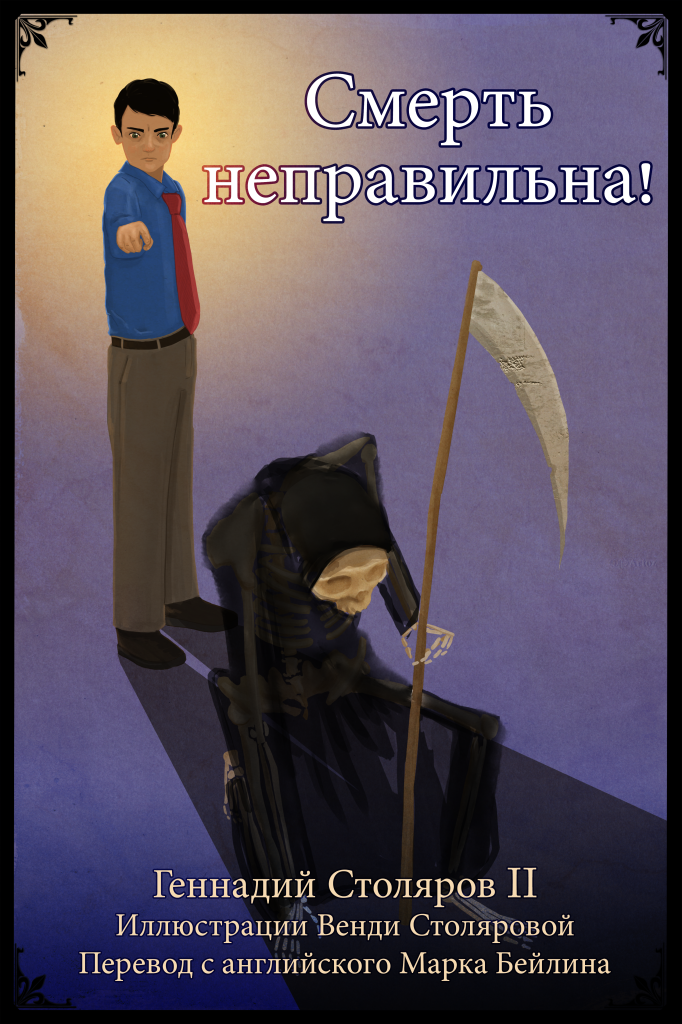 The Russian translation of Death is Wrong – «Смерть неправильна!» – generously translated by Marcus Baylin – is now available via Google Books. You can see a complete preview here.

A paperback version can be obtained from Createspace for $11.23 here.

Amazon has begun to carry the paperback version here.

For some reason, the Amazon Kindle format does not yet support Cyrillic characters, so I have instead decided to offer an electronic version through Google Play.

The electronic version will be downloadable for FREE on Google Play within the next 24 hours on this page.

You have my permission to spread the electronic version of the book to Russian-speaking audiences as widely as possible, with no strings attached.

We can also send some free paperback Russian books to anyone who is willing to distribute them to Russian-speaking children. (This offer is good while supplies last; we have resources to ship 171 copies of Death is Wrong in either English or Russian. If you are interested, e-mail me at gennadystolyarovii@gmail.com with (i) your name, (ii) your MAILING ADDRESS, (iii) your support for indefinite life extension, (iv) the NUMBER OF COPIES of Death is Wrong requested, and (v) your plan for spreading the books to children, free of cost to them.)