I recently finished Anthem by Ayn Rand. In this short novella she tells the story of Equality 7-2521 (later called Prometheus), a man living in a dystopian collectivist society which has eclipsed the individual to such a degree that words such as “I” and “my” no longer even exist. The story is about Prometheus’ discovery of himself as an individual and of the world as it was before.

In this society babies are taken immediately from their “parents”, who were assigned to one another by the Council of Eugenics for the sole purpose of breeding, raised in the Home of Infants and then in the Home of Students, and then finally assigned their life-long profession at the age of 15 by the Council of Vocations. Everything is done for the supposed benefit of your brothers, preference is not allowed, superior ability is not allowed, and back-breaking toil is praised as such and not as a way to improve your own or humanity’s situation.

But what is striking about this story is how accurately it portrays how the world would look under such life-throttling conditions. The Home of the Scholars is praised for having only recently (100 years ago) (re)invented marvels such as candles and glass. Since the times before the “Great Rebirth” and the discovery of the “Great Truth”—namely, “that all men are one and there is no will save the will of all men together”—humanity has, in reality, lost the progress of thousands of years and has reverted back to a time before even such basic utilities as oil lamps or clocks.

But Ayn Rand’s genius is that this is exactly what would happen to the world should it ever discover and truly act upon this “Great Truth.” Yet this is not typically how dystopian stories portray this type of society. Stories such as Brave New World, 1984, The Giver, Divergent, Equilibrium, and many others, all love to show some type of ultra-technologically-advanced world in the backdrop of total or near total oppression, suppression of the individual, and enforcement of conformity.

Despite the almost total (and often drug-induced) destruction of individual will, drive, and creativity, these societies have reached unprecedented levels of technological competence. This is especially true when one considers when many of these stories were written.

In Brave New World, written in 1931, everyone has a personal helicopter, science has advanced to such a degree that mothers and fathers are no longer necessary parts of the breeding process, and everyone is kept docile and happy by the apparently side-effect lacking drug Soma.

In 1984 (published in 1949) there are two way telescreens, miniscule microphones and cameras, and speak/writes which turn whatever you say into text. In the other stories technology is advanced enough to, among other things, control weather (The Giver), give kids serum-induced psychological aptitude tests (Divergent), and to completely suppress emotions (Equilibrium). In addition to these there are countless other inventions or practices in these stories and the many others of the dystopian future genre.

The question that needs to be asked, however, is who invented all these things? These marvel feats, which in the stories are often used for the end of some malevolent goal, are really all potentially awesome, or at least highly complex and complicated, inventions or innovations. Their conception and ultimate realization would have required years of thought, testing, failure, tinkering, and then success—things which all require individual ingenuity, creativity, and the incentives arising from the prospect of individual pride and gain.

Every great break-through in history was achieved by some odd-ball going against the grain or traditionally accepted view of things in their particular field. If they had done things the way people had always done them, they would never have had the ability to think outside the box and discover or create a unique solution to the problem at hand. Inventors and innovators need their quirkiness, eccentricity, social awkwardness, or will and ability to stand up to the existing order. And they need that coupled with the idea that they have something to gain.

But all of these stories, to different degrees, have built societies that destroy our differences, our emotions, our passions, our ability to think differently, and our incentives to create if were even able to.

So where do these advanced societies come from? Sure they could drink from the well of wealth created by the society that may have preceded it, but only for a while. It would eventually dry up. And without new generations of ambitious and intelligent dreamers, tinkerers, outside-the-boxers, there would be no one around to rebuild the wealth. This is the world that Ayn Rand creates in Anthem. The hopeless world without individuals.

The existence of advanced societies in many dystopian stories is reminiscent of the problem with the thinking in our world today and in the past: the thinking that things “just happen”—that innovation, invention, and progress are phenomena which occur naturally, regardless of conditions. Though the worlds portrayed in these other novels are far from desirable, the progress alone that the societies in them have reached is a reflection of this idea that most people, at least passively or unknowingly, buy into.

In reality the world would look much more like that of Anthem. 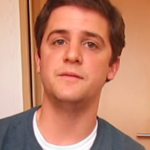 Ryan Miller is a University of Michigan graduate, freelance translator, and aspiring blogger. He is also a Praxis participant in the September 2016 cohort.