Gennady Stolyarov II, Chairman of the U.S. Transhumanist Party, was interviewed on December 14, 2019, by Roen Horn of the Eternal Life Fan Club. Topics discussed included recent developments in transhumanist politics, the Presidential campaign of Johannon Ben Zion, transhumanist elements in the candidacies of Zoltan Istvan and Andrew Yang, how to persuade religious individuals to be more receptive to the ideas of transhumanism and life extension, prospects for the transhumanist movement to find a spokesperson regarding life extension as influential as Greta Thunberg has been regarding climate-change activism, preservation of the self and “I-ness”, existential risks, and longevity themes in film and literature.

Join the U.S. Transhumanist Party / Transhuman Party for free, no matter where you reside. Click here to apply in less than a minute. 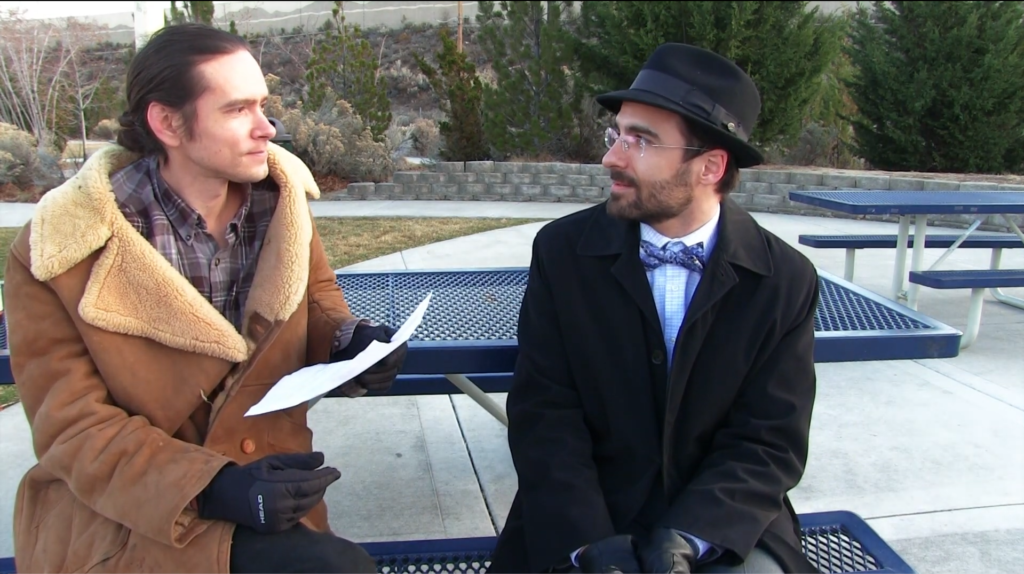 It wouldn’t completely surprise me to learn that Socrates, Democritus, Aristotle, Epicurus, Zeno the Stoic, Cicero, Lucretius, Horace, Rabelais, Montaigne, Bacon, Locke, Smith, Voltaire, Jefferson, von Mises, Hayek, Rand, and Branden were all still alive in some real sense. Nor would it entirely shock me to find myself in conversation with these greats at some point.

If it happens, I don’t know whether they’ll treat me with a decent amount of respect and honor, or rather regard me with fairly acute criticism and even scathing contempt. But almost certainly their behavior will be based upon merit and justice, and be a remarkable and fascinating experience. I just hope they haven’t totally evolved beyond the desire and need for discussion and debate.

Life is beautiful. Almost certainly any afterlife will be also!

The catalyst and base to these wondrous events, if they occur, very likely won’t be “God”, who quite probably doesn’t exist, but rather some demi-gods or superior space aliens, who fairly likely do. If such creatures are indeed around and active, they may well take an interest in human endeavors, and further utilize their immense abilities to preserve the life spark and cognitive psycho-spiritual essence of the various worthy human individuals they run across, such as those above. In fact, such marvelous ETs might even grant a type of immortality to a few meritorious and distinguished apes and whales, if not cats and dogs.

Of course, such demi-gods may not exist in the universe, or they may not be found in our area. Even if they do, and assuming they easily possess the capacity to save us, they still may well choose to let us insect-like creatures perish forever, hardly caring a jot about all of us combined.

But this last dolorous possibility seems somewhat unlikely. In my judgment, we human beings — at our best — are rather magnificent! We’re decently worth saving, it would seem.

I would speculate that the consequent afterlife will be on a considerably higher plane than our current one, but it will likely be such that the unique individuality of the various persons rescued is still initially preserved. This ultralife will very possibly be ten times as hard and challenging, but perhaps a hundred times as fun and worthwhile.

By necessity we will existentially and spiritually ascend. But eventually, and even fairly quickly, the aboriginal human individual will probably be unrecognizable, even to himself. But this initial human living spark and psycho-spiritual essence is as good a place as any from which to build and create future demi-gods.

Those who truly love life, and accomplish something during it, and make an immense, noble, heroic effort, may well live on and on! I think the post-mortem result and reward will be strictly based on personal merit, justice, virtue, and greatness. Humans who live well in this life, and who are good and great, may eventually achieve wonders and a magnificence beyond description!

Kyrel Zantonavitch is the founder of The Liberal Institute  (http://www.liberalinstitute.com/) and author of Pure Liberal Fire: Brief Essays on the New, General, and Perfected Philosophy of Western Liberalism.