Quite a lot, it turns out

This interesting little table from Goldman Sachs shows a few ways the world changed in the last five years.

Still — on the whole and for most people — things are changing for the better, in more ways than we could ever anticipate.

Here’s to a better today.

(Check out the other data below — lots of amusing and intriguing items.) 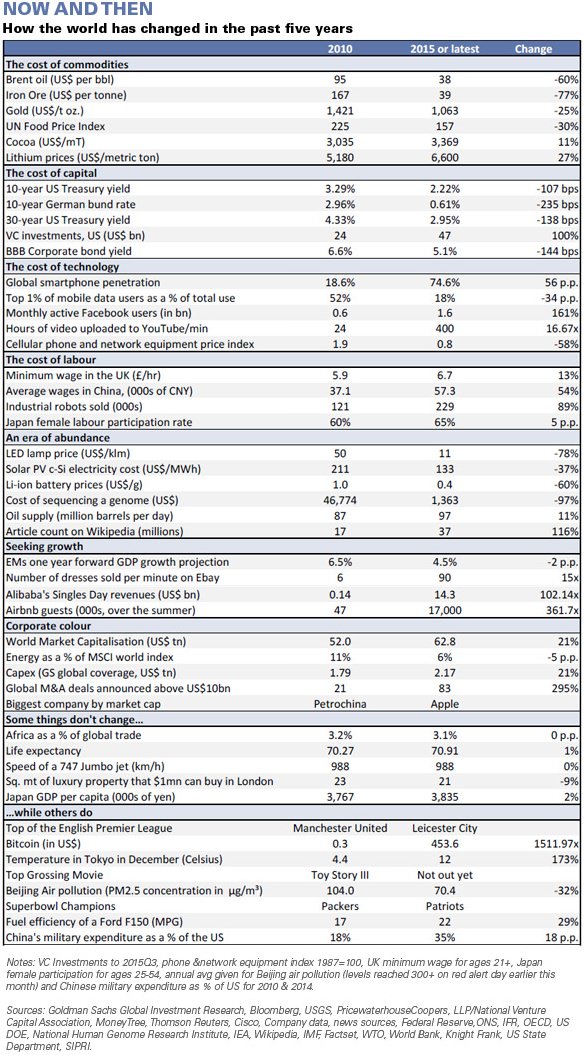 Daniel Bier is the editor of Anything Peaceful. He writes on issues relating to science, civil liberties, and economic freedom.

This article was published by The Foundation for Economic Education and may be freely distributed, subject to a Creative Commons Attribution 4.0 International License, which requires that credit be given to the author.