Wherever you stand on the subject of global warming, pay close attention to one under-reported aspect of the 2015 United Nations Climate Change Conference or Paris Agreement. I am referring to the Green Climate Fund (GCF), which is a financial mechanism intended “to assist developing countries in adaptation and mitigation practices to counter climate change.”

According to the current estimates, developed countries will be obliged to contribute up to $450 billion a year by 2020 to the GCF, which will then “redistribute” the money to developing countries allegedly suffering from the effects of global warming.

Lo and behold, Zimbabwe’s government-run daily “newspaper” The Herald reported that “Southern Africa is already counting the costs of climate change-linked catastrophes… In Zimbabwe, which has seen a succession of droughts since 2012, a fifth of the population is facing hunger… Feeding them will cost $1.5 billion or 11 percent of … the Gross Domestic Product.”

No doubt Robert Mugabe, the 91-year-old dictator who has ruled Zimbabwe since 1980, is salivating at the prospect of some global warming cash. Beginning in 2000, Mugabe started to expropriate privately-held agricultural land. The result of what is euphemistically called “land reform” was a monumental fall in productivity and the second highest bout of hyperinflation in recorded history. 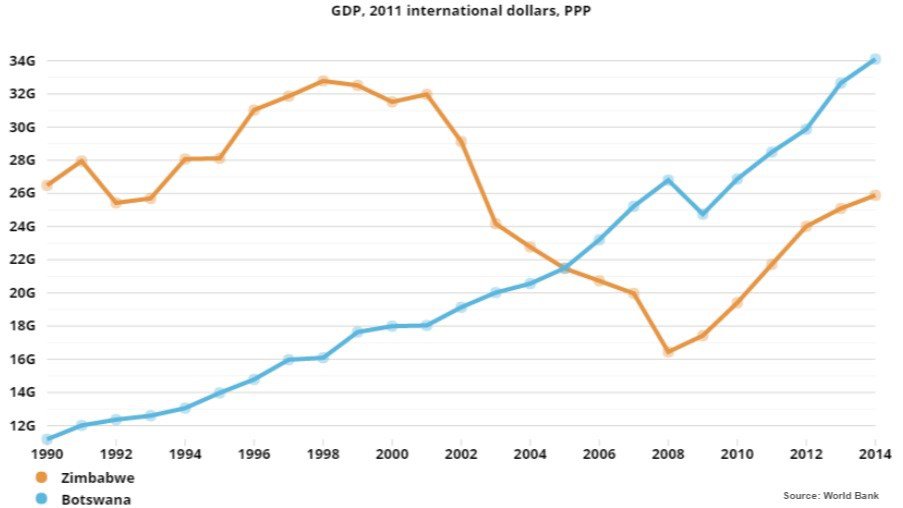 Some three million of Zimbabwe’s smartest people, including tens of thousands of doctors and lawyers, have left the country. Most of those who have remained behind are subsistence farmers with very little wealth. There is, in other words, very little loot left for the government to steal. 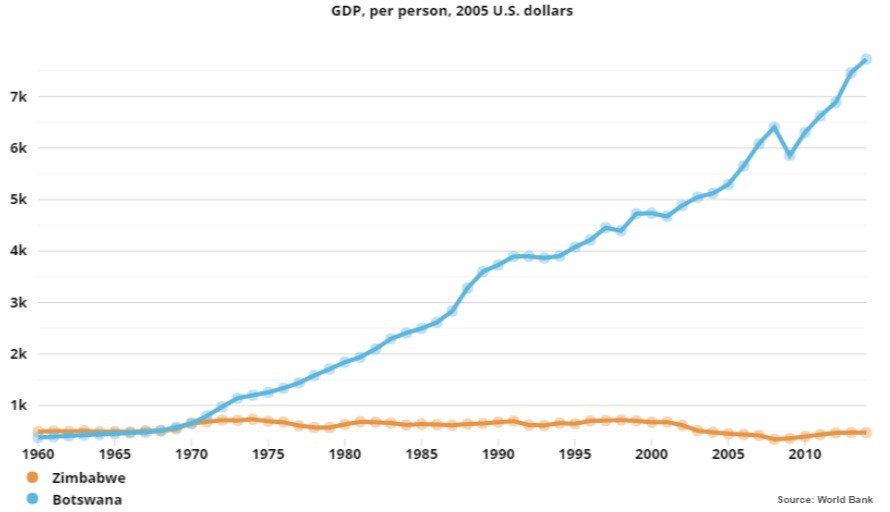 Thankfully for the Zimbabwean dictator, there are plenty of gullible Westerners willing to believe that the frighteningly vile, comically incompetent government isn’t at the root of Zimbabwe’s food shortages, but that global warming is to blame.

Of course, this is pure nonsense. Botswana and Zimbabwe share a border and their climate and natural resources are exceptionally similar. Yet, since 2004, food production has increased by 29 percent in Botswana, while declining by 9 percent in Zimbabwe. It is not drought but government policies that make nations starve! 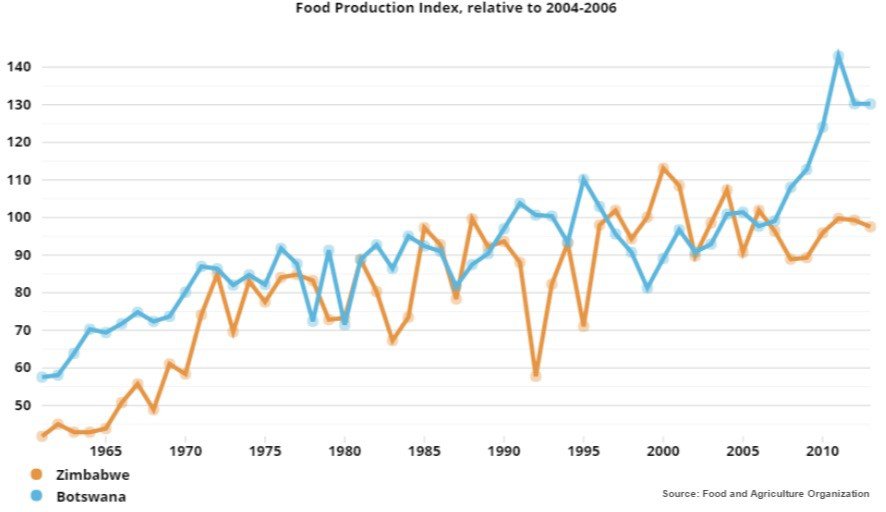 As befits a dictatorship, Zimbabwe is one of the most corrupt places on earth. The notion that GCF funds will be will used for environmental “adaptation and mitigation” is a dangerous fantasy.

Like much foreign aid before it, most of the “green aid” money will likely end up in the pockets of some of the cruelest and most corrupt people on earth. Congress must stand firm and refuse to appropriate any money for the fund. 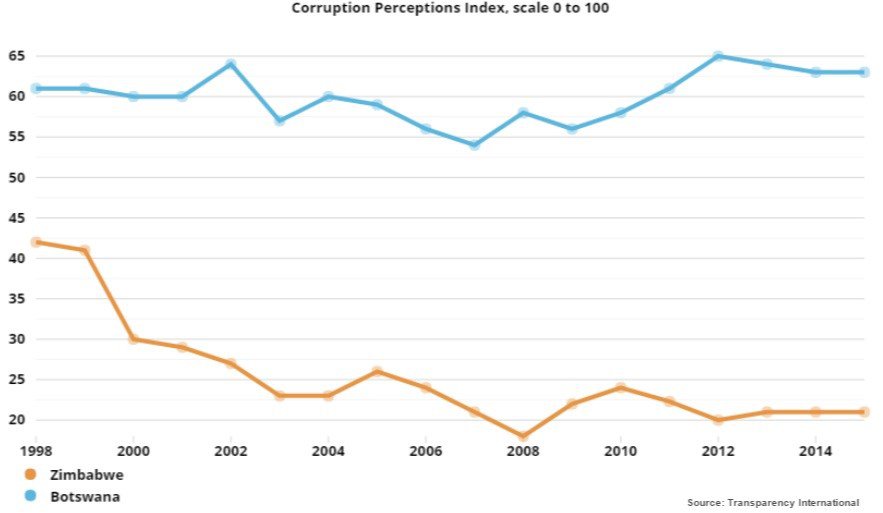 Marian L. Tupy is the editor of HumanProgress.org and a senior policy analyst at the Center for Global Liberty and Prosperity.

This article was published by The Foundation for Economic Education and may be freely distributed, subject to a Creative Commons Attribution 4.0 International License, which requires that credit be given to the author.