******************************
Emma Morano, age 116, is the last person alive born in the nineteenth century. New cutting-edge technologies could mean that more than a few people born at the end of the twentieth century will be in the prime of life when they reach that age. But this future will require a culture of reason that is currently dying out in our world.

Is the secret to a long life raw eggs or genetics?
Signorina Morano was born in Italy on Nov 29, 1899. On the recent passing of Susannah Mushatt Jones, who was born a few months before her, Morano inherited the title of world’s oldest person. She still has a ways to go to best the longevity record of the confirmed oldest person who ever lived, Jeanne Calment (1875-1997) who made it to 122.Every oldster offers their secret to long life. Morano attributes her feat to remaining single, adding that she likes to eat raw eggs. But the reason living things die, no matter what their diet, is genetic. Cellular senescence, the fancy word for aging, means the cells of almost every organism are programmed to break down at some point. Almost, because at least one organism, the hydra, a tiny fresh-water animal, seems not to age.

Defying death
Researches are trying to discover what makes the hydra tick so that they find ways to reprogram human cells so we will stop aging. As fantastic as this sounds, it is just one part of a techno-revolution that could allow us to live decades or even centuries longer while retaining our health and mental faculties. Indeed, the week the Morano story ran, both the Washington Post and New York Times featured stories about scientists who approach aging not as an unavoidable part of our nature but as a disease that can be cured.

Since 2001, the cost of sequencing a human genome has dropped from $100 million to just over $1,000. This is spurring an explosion in bio-hacking to figure out how to eliminate ailments like Parkinson’s and Alzheimer’s. We also see nanotechnology dealing with failing kidneys. New high-tech devices deal with blindness and other such disabilities.

An achievement culture and longevity
But this bright future could be fading. Here’s why.

The source of all human achievement is the human mind, our power to understand our world and thus to control it for our own benefit; Ayn Rand called machines “the frozen form of a living intelligence.”

But America, the country that put humans on the Moon, is becoming the stupid country. Despite increased government education spending, test results in science and most other subjects have remained flat for decades. On international ratings, American students are behind students in most other developed countries. It’s a good thing America still has a relatively open immigration policy! Many of the tech people here come from overseas, especially India, because America still offers enough opportunity to make up for its failing schools. 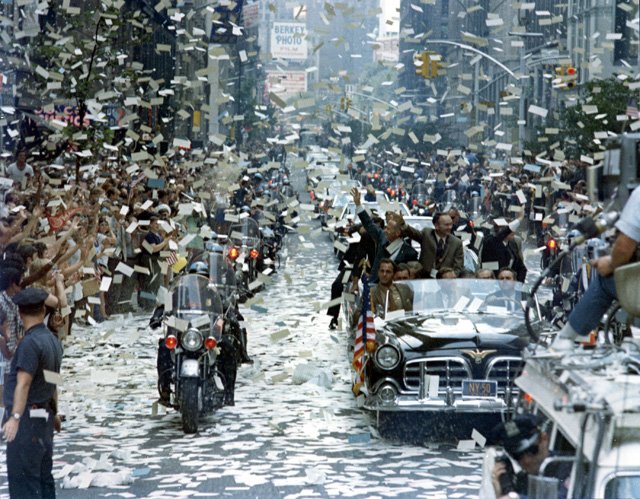 The deeper problem is found in the prevailing values in our culture. In the 1950s and ‘60s many young people, inspired by the quest for the Moon, aspired to be scientists and engineers, to train their minds. Many went into the research labs of private firms that became the production leaders of the world. It was a culture that celebrated achievement.

Today, many young people, perverted by leftist dogma, hunger to be political enforcers, to train themselves in power and manipulation. Many go into campaigns and government to wrest wealth from producers to pay for “entitlements,” and to make the country more “equal” by tearing producers down. A growing portion of the culture demonizes achievement and envious of success.

All who want long lives worth living need to not only promote science but also the values of reason and achievement. That’s the way to create a pro-longevity culture.