The title of this post is the same as the title of an article by Jonah Goldberg about the Colin Kaepernick incident. (If you haven’t been paying attention to the NFL lately, here’s the summary: Kaepernick is a San Francisco 49er who refused, and still refuses, to stand for the U.S. national anthem.)

I had been pondering writing a similar piece myself. And then I saw his title. Darn, I thought, Goldberg has beat me to it.

Except that he didn’t.

Goldberg’s article is all about his narrow way of keeping politics out of sports: players should stand for the national anthem. Some people would see this as a way of inserting politics into sports.

That means that people who don’t like what Kaepernick did are being forced to pay for the very property on which he did it.

But how would you keep politics out of sports in a fundamental way? It would be by not forcing people to pay for sports.

You don’t have to know a lot about the 49ers or the NFL to know that local governments tax their residents and others heavily to pay for luxurious stadiums.

There’s a simple solution here: actually separate sports and state. That is, quit forcing taxpayers to pay for sports.

Now that’s a solution that I will salute. 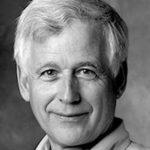 David Henderson is a research fellow with the Hoover Institution and an economics professor at the Graduate School of Business and Public Policy, Naval Postgraduate School, Monterey, California. He is editor of The Concise Encyclopedia of Economics (Liberty Fund) and blogs at econlib.org.